Evidence Based Reemployment; RESEA in time for the next recession 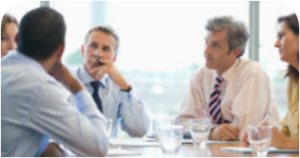 Earlier this year, Congress gave a boost to a promising idea—

that our nation’s unemployment insurance program (UI) can and should play a much larger role in helping people back to work. It did so by establishing a more permanent reemployment element in the UI system by increasing annual funding for the program to over six times its current level–from $120 million to a whopping $750 million over the next 10 years.[i]

Still One in Three 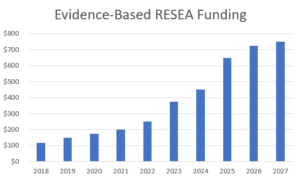 The expanded Reemployment Services and Eligibility Assessment (RESEA) program offers states a prime opportunity to drive important program innovation before the next recession. The opportunity can be seen much more clearly now that our economy is strong. For example, despite a 3.9% unemployment rate in August and more jobs than job seekers in our economy, over a third of the past year’s UI claimants exhausted all of their benefits without landing a job.[ii] This is not unique to our post-recession economy—it was also true in our last boom economy, before the great recession.

Sadly, these UI exhaustees tend to add to the 1.3 million people stuck in long-term unemployment. Those who are stuck long enough are also prone to joining the 37% of working-age people who’ve dropped out or not entered the workforce. As a partial result, the U.S. hasn’t seen workforce participation rates this low in since 1977. 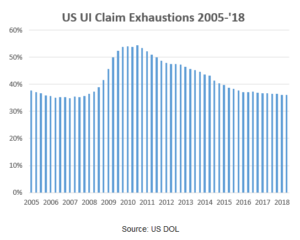 Significantly, the new RESEA program has a promising focus on what works and could drive real improvements. A central feature requires funded reemployment interventions be backed by evidence they will get people back to work and shorten UI claims. The level of evidence required of states grows over time, as funding approaches three quarters of a billion dollars per year.

Fortunately, for states facing new requirements in plans submitted to the U.S. Department of Labor (DOL), a solid body of research and experimentation exists to support a wide variety of reemployment activities. Studies cover interventions ranging from online registration[iii] to workshops and job clubs[iv] and from counseling to wage subsidies and hiring incentives. And they range in UI duration decreases from one week for Maryland’s work search audit messaging to three weeks for Nevada’s well-known REA counseling program[v] and from six weeks for Oregon’s wage subsidy program[vi] to nine weeks for Texas’s hiring incentive program.[vii]

Some of the key research has been compiled at DOL’s Clearinghouse webpages where each study has been scored by its level of causal evidence.[viii] Other research compilations also offer important insights for states. For example, one meta-analysis synthesized findings from 47 separate studies and concluded that job seekers improve their likelihood of landing by over 60% by incorporating strategies such as increasing proactivity (e.g., creating a job search plan) and improving job search efficacy and skills.[ix] There are also well-researched studies of reemployment interventions in other large-scale public programs, such as the Temporary Assistance to Needy Families, that offer useful evidence.

Evidence of the What

As we increase our focus on the evidence of what actually works, it’s important to also focus on the proof of what happened. In other words, it’s also critical to have solid evidence that a job seeker engaged in the work search activities being tested. 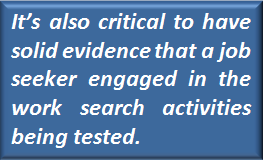 Here we have a challenge that has existed since the UI program began in 1935. Current work search requirements in most states are largely devoid of dependable proof that claimants have engaged in a work search activity. For example, the common requirement that claimants contact a certain number of employers each week is inherently difficult to verify.

Fortunately, states have been expanding the use of work search activities that are fully verifiable, e.g. work registrations, online workshops, in person meetings and other evidence-rich strategies. States embracing this trend in work search verifiability will also improve their performance in UI integrity by tackling one of its biggest drivers—work search integrity.

Though the coming wave of grand experiments holds great promise, states have faced some hurdles in the past: A number of proven strategies have been impeded by federal regulation. For example, work-based training in the form of volunteerism has been recognized by the federal government’s Corporation for National and Community Service as one of the best strategies for landing a new job, improving the chances of being hired by 27%.[x] This is largely because volunteer work gives job seekers experience, a foot in the door and a new network.

Unfortunately, while the federal government has encouraged volunteerism in the nonprofit and government sectors, DOL regulations essentially outlaw it for over two thirds of all jobs by prohibiting even short-term internships offered by for-profit employers interested in giving under-qualified job seekers a chance.[xi] Regulations also chilled the expansion of wage subsidy programs that can be critical reemployment strategies for claimants who have a skills or experience gap preventing them from landing a job.[xii] Such regulations may be ripe for updates before the next recession. To do so requires analysis of both our experience from the last recession and our opportunities to maintain worker protections while expanding meaningful assistance to unemployed workers.

As we gear up for the next recession, we’re fortunate to have a renewed focus on what works for the unemployed. A committed Congress has laid generous groundwork that DOL can use to plant a new crop of promising reemployment insurance programs. How prepared we’ll be will depend largely on how states respond to the challenges and opportunities before them.

[i] Subject to the annual Congressional appropriations process.

[iii] In Utah, claimants participating in online registration have hire rates that are 26% higher than those who do not complete the process State Innovation: Re-employment Focus in the Unemployment Insurance Program, Michelle Beebe, US House of Representatives, Committee on Ways and Means, Subcommittee on Human Resources, September 7, 2016, Hearing on Challenges and Strengths of Today’s Unemployment Insurance System.

[vii] Using regression analysis while controlling for demographic and economic factors, the Texas Workforce Commission studied its DOL award-winning Back to Work program and found that UI claimants reduced claims by 9 weeks on average.

[viii] US DOL’s clearinghouse for labor evaluation and research is online at https://clear.dol.gov/topic-area/reemployment.

[x] Volunteering as a Pathway to Employment, The Corporation for National and Community Service (CNCS), June 2013.

[xi] The Georgia Works program allowed UI claimants to continue to claim UI benefits while gaining experience and training by volunteering with employers for up to eight weeks, but largely disappeared after DOL regulations suggested that any program providing a net benefit to an employer would require employers to pay wages to trainees.

[xii] Shortly after Texas won DOL’s innovation award, Congress passed a bipartisan bill allowing up to 10 states to develop similar demonstration programs. But after US DOL issued a lengthy set of regulations on program design, the dozen or so states ready to participate gave up their aspirations to enact their own programs.