The American Institute for Full Employment (AIFE), a nationwide reemployment think tank, announced today that it is giving its first lifetime achievement award for full employment to Larry Temple. 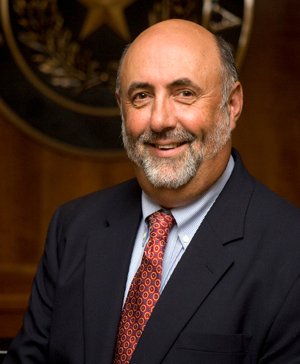 Larry is the Executive Director of the Texas Workforce Commission, which issues $3 billion in unemployment insurance benefits annually. With 5,000 personnel and an operating budget of $2 billion, TWC oversees a wide range of programs, including workforce, unemployment, child care, Supplemental Nutrition Assistance Program, vocational rehabilitation and Temporary Assistance for Needy Families welfare-to-work programs in partnership with a network of 28 local workforce development boards.

Throughout his career, Larry has tirelessly driven some of the most important changes seen in his field—at TWC, as a leader in the National Association of State Workforce Agencies (NASWA) and in his consulting role for AIFE. For nearly three decades, Larry’s outside-the-box thinking and work in a wide range of programs have helped millions of struggling unemployed workers across the country.

“Larry is a bright light for all who know him,” said AIFE president John Courtney. “His inventive ideas, unwavering optimism, drive and exceptional humor have paved a path for important innovation not only in Texas but across the United States.”

Over the past 20 years, Larry has testified before and advised Congress and a majority of states, sharing best practices in reemployment and other leading policy and program ideas. In Texas, Larry and his team have driven numerous important initiatives, such as TWC’s 10-week reemployment measure and the Texas Back to Work program, which earned the US Department of Labor’s 2010 Innovation Award. These initiatives and others helped people return to work much more quickly while conserving funding for those with the greatest needs. Over a 12-year period, the reemployment innovations in Texas not only helped people back to work, but also drove an estimated $1.4 billion in additional wages for unemployment claimants.

Larry has been generous with other states, offering advice and inviting peers and their teams to Texas to study, replicate and collaborate with his department on best practices. Under his leadership, TWC has also actively helped other state workforce agencies in times of crisis. For example, in the aftermath of Hurricane Katrina, the TWC unemployment insurance division immediately stepped up and began taking tens of thousands of claims for the Louisiana Workforce Commission, at a time when Texas was dealing with its own catastrophic damage.

Prior to serving at TWC, Larry was the deputy executive director for Mississippi’s Department of Human Services. He oversaw statewide administration of Mississippi’s human services programs and led one of the early state welfare reform initiatives that provided evidence and helped pave the way for the landmark national welfare reforms of the 1990s that helped millions land jobs and leave dependency. In Mississippi, Larry also developed a unique private-public partnership between the state and faith-based institutions, using a neighbor-to-neighbor model to help welfare recipients with a wide variety of needs.

Larry has served a variety of roles at NASWA, including president and board member and has also served on the American Public Human Services Association’s leadership council. Larry brought to his public sector career more than 20 years of private-sector management experience in energy, retail and real estate development along with a bachelor of arts in history from St. Edward’s University, where he later served as a member of its advisory council.

“Larry is a great gift to the cause of full employment in America and it’s an honor to give him this award,” Courtney added “He has created a Texas-sized legacy for all those who have known him over the years and for the millions who’ve benefitted from what he and his teams have accomplished.”

The American Institute for Full Employment is a nonprofit think tank researching, designing, promoting and consulting with states on the implementation of reemployment best practices. www.fullemployment.org